'Femtosecond' LASIK is 100% blade free procedure for those of you who feel hesitant about the surgical blade used in blade LASIK. Advantage of this laser is the precision of the flap with characteristics and dimensions that the surgeon customize for each eye. This is a fully auto-mated technique to create the flap.

Conventional LASIK involves using a mechanical microkeratome, these devices may lead to variations in the flaps produced.
Blade free LASIK involves use to femtosecond laser to create the flap
It has markedly improved the safety and efficiency of flap cutting during LASIK and provides superior performance.
Our centre is equipped with the worlds best Blade free LASIK Machine Wavelight FS200 Femtosecond LASIK by Alcon USA.
This machine features the world's fastest flap creation time. It takes approximately 6 seconds for a flap creation.
It has automated vacuum control of the patient interface for consistent suction with minimal rise in IOP and ocular distortion during suction.
Femto second flaps help us maintain the normal contour of the eye in contrast to blade LASIK. 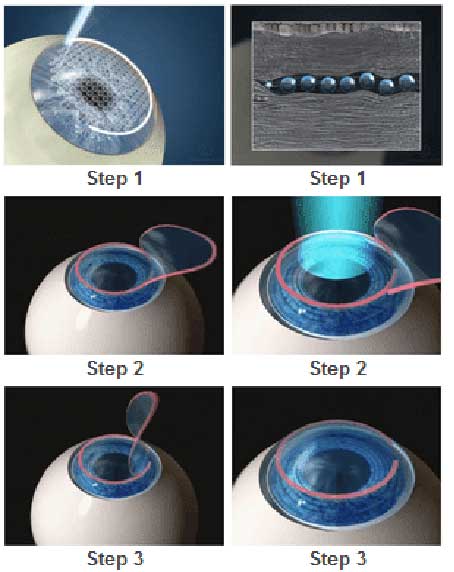 Precision at Every Turn 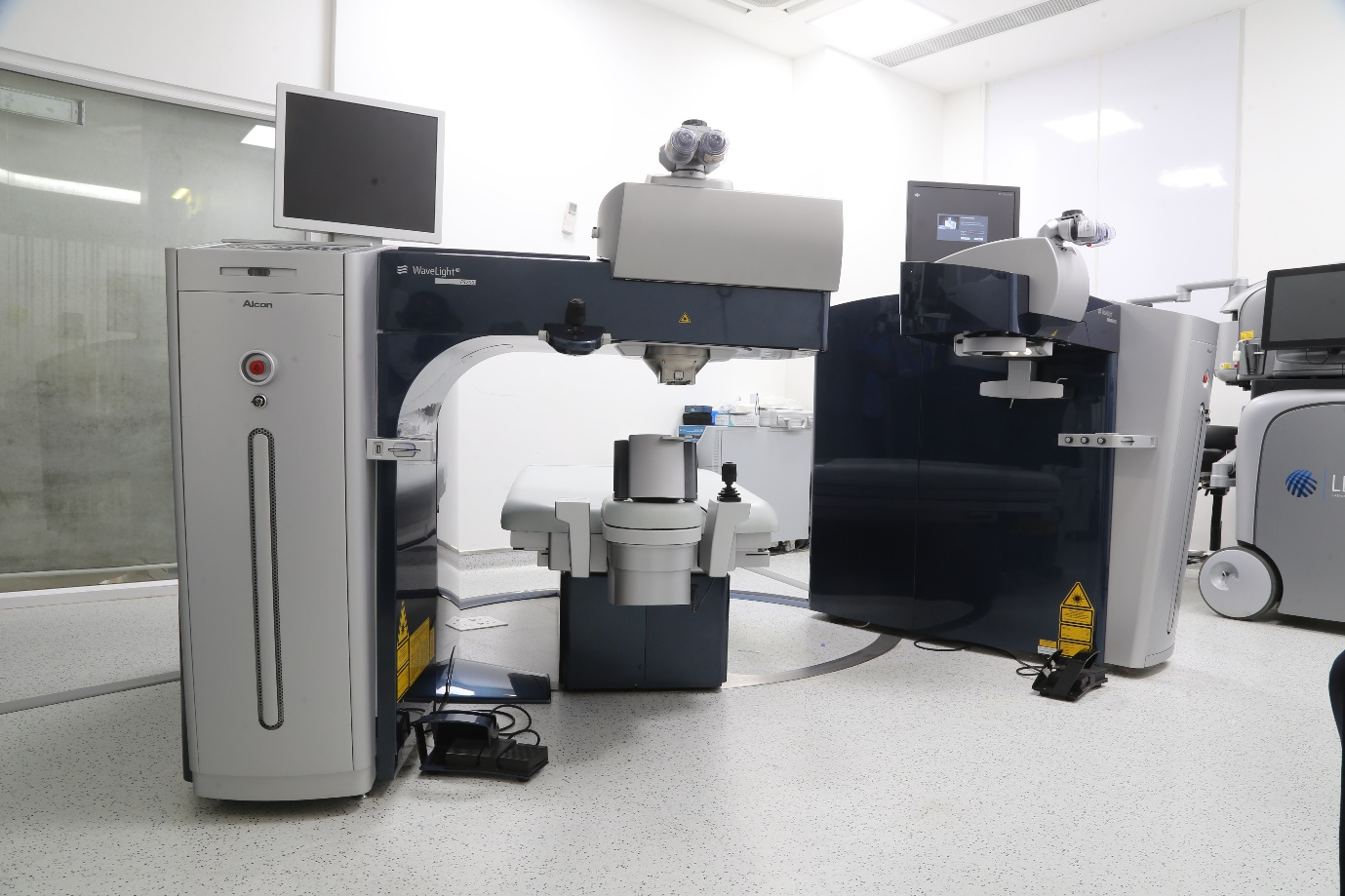